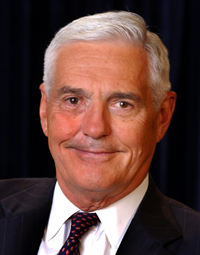 Robert A. Lutz is the president and chief executive officer of Lutz Communications and the Retired Vice Chairman of General Motors Company.

Robert A. Lutz is president and chief executive officer of Lutz Communications, counting among its clients General Motors Company from which he retired May 1, 2010, as vice chairman after a 47-year career in the global automotive industry that included senior leadership positions at BMW, Ford and Chrysler.

Lutz began his automotive career in September 1963 at GM, where he held a variety of senior sales and marketing positions in Europe until December 1971. For the next three years, he served as executive vice president of global sales and marketing at BMW in Munich and as a member of that company's board of management.

Lutz joined Chrysler in 1986 as executive vice president and was shortly thereafter elected to the Chrysler Corporation board. He led all of Chrysler's automotive activities, including sales, marketing, product development, manufacturing, and procurement and supply. Lutz served as president and chief operating officer, responsible for Chrysler's car and truck operations worldwide, and retired in 1998 as vice chairman. His 12 years with the company are chronicled in his 1998 book, Guts: The Seven Laws of Business That Made Chrysler the World's Hottest Car Company. Guts was revised and updated in 2003 and retitled, Guts: 8 Laws of Business from One of the Most Innovative Business Leaders of our Time. Lutz recently published Icons and Idiots: Straight Talk On Leadership in June, 2013 and Car Guys vs. Bean Counters: The Battle for the Soul of American Business June, 2011.

Prior to rejoining GM as vice chairman on September 1, 2001, Lutz was chairman and chief executive officer of Exide Technologies. He served as chairman until his resignation on May 17, 2002, and as a member of Exide's board of directors until May 5, 2004.

Lutz rejoined GM as vice chairman of product development. On November 13, 2001, he was named chairman of GM North America and served in that capacity until April 4, 2005, when he assumed responsibility for Global Product Development. He also served as president of GM Europe on an interim basis from March to June 2004. On April 1, 2009, Lutz was named vice chairman and senior advisor providing strategic input into GM's global design and key product initiatives, a position he was to hold until retirement at the end of 2009. On July 23, 2009, he was appointed vice chairman, marketing and communications, and on December 4, 2009, he was named vice chairman, specially assigned to advise on design and global product development.

Lutz received his bachelor's degree in production management from the University of California-Berkeley in 1961, where he earned distinction as a Phi Beta Kappa. He received a master's degree in marketing, with highest honors, from the University of California-Berkeley in 1962. He received an honorary degree of doctor of management from Kettering University on June 21, 2003, and an honorary doctorate of law from Boston University in 1985. The SAE (Society of Automotive Engineers) Foundation named him the recipient of its 2006 Manufacturing Leadership Award, which recognizes individuals who have made meaningful contributions to the development of the automotive industry. He also served as a jet-attack aviator in the United States Marine Corps from 1954 to 1965 and attained the rank of captain. Lutz was born on February 12, 1932, in Zurich, Switzerland. 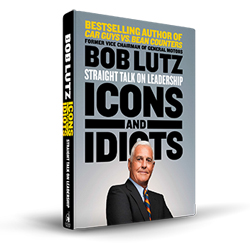 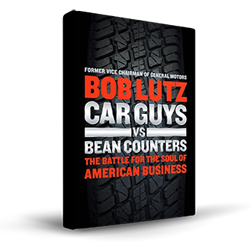 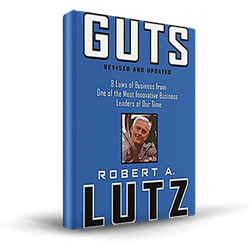 More Information about Robert Lutz and his books can be found at: www.boblutzsez.com