Ms. Hewson is a former Chair and current member of the Executive Committee of the Aerospace Industries Association; a Fellow of the Royal Aeronautical Society; an Associate Fellow of the American Institute of Aeronautics and Astronautics; and a member of the International Institute for Strategic Studies. She is a Director of the Atlantic Council’s International Advisory Board and a Vice Chair of the Business Roundtable. Ms. Hewson also serves on the Board of Trustees for King Abdullah University of Science and Technology in the Kingdom of Saudi Arabia and on the Board of Trustees for Khalifa University of Science and Technology in the United Arab Emirates.

In 2016, Fortune magazine identified Ms. Hewson as one of the “50 Most Powerful Women in Business” – naming her No. 3. That same year, Forbes released its global ranking of the “World’s 25 Most Powerful Women,” listing her at No. 24.

Born in Junction City, Kansas, Ms. Hewson earned her Bachelor of Science degree in business administration and her Master of Arts degree in economics from the University of Alabama. She also attended the Columbia Business School and Harvard Business School executive development programs. 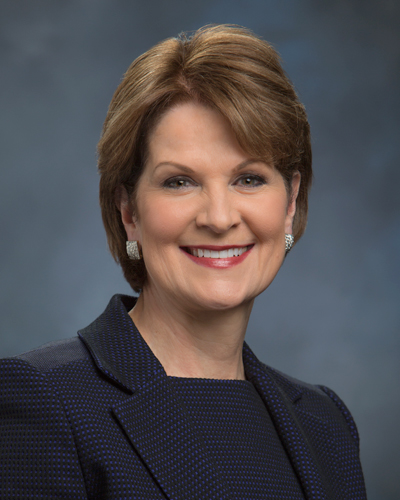