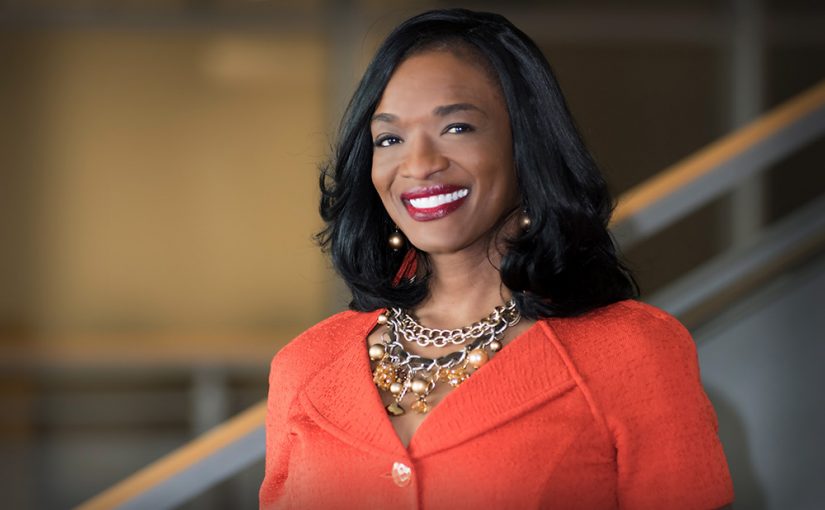 Cindy Kent is a healthcare veteran with 20+ years in the industry.  She is currently the President & General Manager for the 3M Infection Prevention Division—a $1.6B+ business committed to keeping patients safe from healthcare associated infections and complications.  Cindy has global operational P&L responsibilities, including the development of the strategic and annual operating plans, as well as resource allocation across research and development, clinical, manufacturing and commercial functions.

Prior to joining 3M in 2013, Cindy was Vice President and General Manager of the Gastro/Urology Therapies business unit at Medtronic—the world’s largest medical technology company.  Under Cindy’s leadership, the global franchise grew at a 21% 6-year compounded annual growth rate to become one of the fastest growing businesses at the company. Before joining Medtronic in 2007, Cindy worked for Eli Lilly and Company.  Over her fifteen-year tenure, she held roles of increasing responsibility across Manufacturing, Human Resources, Sales and Marketing functions.

The Edison Awards recently spoke with Kent about her interest in innovation, what misconceptions she feels people have about the fields and some of her career highlights. Here’s what she had to say:(edited for brevity and clarity)

My first recollection of having an interest in science was in middle school. About seventh grade, I remember doing chemistry experiments in school with baking powder and I always wanted my parents to buy supplies so that I could re-run the experiments at home – that interest never waned!  I was not exposed to engineering until the summer after my sophomore year of high school while attending an engineering camp at Georgia Institute of Technology.  Approximately 50 students from the southeastern region of the US were selected to participate in a one week camp.  During the week we took classes, visiting engineering companies and were hosted by Georgia Tech engineering students.  The program was interesting, but I didn’t necessarily leave the program determined to become an engineer.  When I was starting to apply to colleges and consider majors,  I was actually considering liberal arts.  But my guidance counselor, Ms. Solomon, intervened.  I remember her telling my mother—“An African-American girl in the south who’s good at math and science should go into engineering and not “waste” her talent.”  Together, Ms. Solomon and my mother convinced me to major in Industrial Engineering.

There were about 350 women in my engineering class at Northwestern University—so I don’t recall feeling isolated and alone within the program.  I was a member of the National Society of Black Engineers and would go to the regional conferences and seeing minority engineering students from other schools was encouraging.  Most of my friends were other engineers and often had the same classes, especially the first few years.  So we studied and socialized together.  Though academically challenging, it was a collaborative and supportive environment.  The professors were always accessible.  Also, I was a student worker for the Dean of Students.  She was incredibly supportive and I could talk openly to her about the challenges.  I was a member of the Northwestern Community Ensemble, the school’s gospel choral group and an officer for three of the four years.  Between these organizations, I always felt a tremendous amount of support—within as well as beyond academics.

Although I don’t function as an engineer in my current role, I do not think that any other discipline could have prepared me any better for my current career. I have worked in the healthcare industry since graduating from college. Currently, I work as the president and general manager of a large, global healthcare business within 3M.  This company holds over 100,000 patents and employs 8,100 scientists and researchers across the globe.  I think 3M’s ability to drive innovation and growth is a direct result of the company having business leaders with scientific and technical backgrounds who can bridge the gap between customer needs and the technology, to deliver really elegant solutions to the markets we serve.

One misconception, perhaps, is that people may think that engineering and science is very narrow.  Just the opposite.  I think that science and engineering create a foundation for critical and strategic thinking and can be a platform for any number of careers.  Eventually I went on to obtain graduate degrees in business and theological studies.  My engineering background definitely helped me by honing my study skills.  I was a better student, and ultimately became a better leader for science-rich pharmaceutica,l as well as medical-technology sectors because of my engineering foundation.

My career has been amazing, even to me!  When I graduated from college, I was just grateful to have a job.  While I’ve always been very conscientious and wanted to do good work, I didn’t have a defined path for advancement.  One of my greatest career highlights was about twelve months into my new role, a senior leader in the organization initiated broader career discussions encouraged me to explore other roles within the company.  He said, “Cindy, get as many experiences as you can in the first five years of your career.  After five years, the company will ask you to pick a functional home.”  A few months later, I found myself as a pharmaceutical sales representative, then human resources and that fifth year doing a marketing role.  I had a blast.  What I had not anticipated was how well these experiences would prepare me for life as a general manager.  I now have leadership and resource allocation responsibilities across several functions.  Having worked in many of the functions, has not only increased my empathy, also allows me to speak the same language as members of the team.

Another career highlight is being able to consistently build strong customer relationships.  I remember as a young sales representative, having a physician slam a door in my face.  While it was embarrassing and hurtful in the moment, I came back the next day and continued and eventually the doctor and office became one of my best customers.  I’ve also been assigned businesses with slow or declining growth and was able to work with the teams to turn-around businesses to achieve sustainable growth.  Several times throughout my career, I have been very fortunate to lead teams that accomplished unimaginable stretch goals to deliver value to the company.

To date, what project is your greatest success? What is the story behind that innovation?

Wow! It’s difficult to only pick one. Easiest to go with the most recent, 3M’s Attest Biological Indicator system for Vaporized Hydrogen Peroxide Sterilization with readout in only 24 minutes.  There are two aspects to this innovation.  First is the speed of development and approval, and second is the impact that the rapid readout rate will have for low temperature sterilization for the operating room.  What does this mean to the end user? Less cost (something we are always trying to achieve in healthcare) and better patient outcomes. This was an amazing collaboration between engineers, folks in the medical lab, technical services and marketing – it really was a group effort and tapped multiple disciplines to bring it to market in record time.