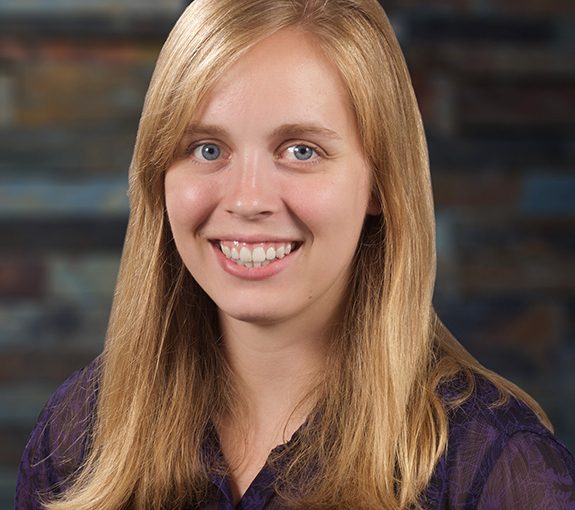 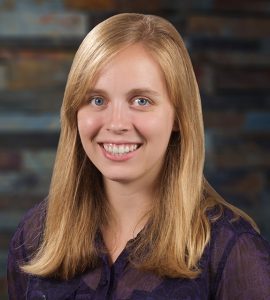 As the only female graduate in her Computer Science program at Iowa State University, Hannah Deering has been looking challenges straight in the eye for a long time.

“Early in my college career, I felt very intimidated when students would ask questions I didn’t understand. I rarely raised my hand, because I felt that I represented my entire gender. If I didn’t get it, women didn’t get it, and I was just proving the stereotype that women didn’t belong. Fortunately, I had supportive classmates, who also didn’t get it, and as we worked together on homework and projects, I got braver. I also had great professors who pushed me to accomplish things I didn’t think I could do.”

Since then Deering’s innovative designs have contributed to the success of Workiva’s intuitive cloud platform, Wdesk, which is being used by thousands of organizations around the world, including over 70% of the FORTUNE 500®.

The Edison Awards recently spoke with Deering about her interest in coding, misconceptions of her field, and her greatest achievements thus far. Here’s what she had to say: (edited for brevity and clarity)

Someone in high school showed me how to write programs on my graphing calculator, and I got hooked on the power of code. I also loved the magical animation and special effects in fantasy and science fiction movies powered by computer graphics. I went to college thinking I would head off to Hollywood but discovering the far more empowering side of other forms of software engineering changed my career path.

Do you think people have any misconceptions about what it’s like to be a scientist or engineer or about the field itself?

I think when most people picture a computer engineer, they imagine a guy in a hoodie in a basement staring at a computer screen all day. This looks nothing like my work! Building software is an incredibly collaborative effort, with a ton of different skill sets and perspectives coming to the table to decide what and how we should build something. Even when we get down to the actual programming, my team is constantly bouncing ideas off each other, asking questions and requesting feedback. 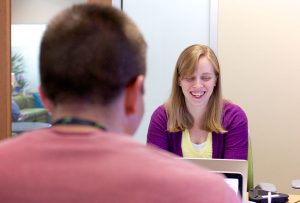 I have lead multiple high-priority projects from discovery to design to implementation. I am a founding designer for Wdesk tasking solution and spreadsheets – core product features that were implemented after researching customer behavior and needs. I get to mentor and provide direction to other designers, to help them grow their skills to their best abilities. Last year, I co-founded Workiva’s Women in Tech Group, where employees meet to share best practices, network, educate and volunteer their time to promote STEM education. The group has grown to 51 members and has positively impacted the company’s recruitment and retention efforts.

One of the core principles of Wdesk is controlled collaboration. Our users depend on controlling who should and shouldn’t see their most sensitive data. However, anyone who has ever worked with a complex, enterprise-level permissioning system knows that permissions are generally not easy to understand or manage. My team took Wdesk’s very powerful permissions system and reimagined it to be far easier to use and faster to load. We started by doing a lot of research into how customers were using permissions in Wdesk and other systems. After generating numerous ideas for how we might improve, we began iterating through cycles of prototyping, testing, and feedback. Once we were confident in the designed solution, I worked with our engineers to build and deliver this feature to customers. It has since been used by thousands of users, giving them confidence and reducing the overhead of collaborating on sensitive documents.