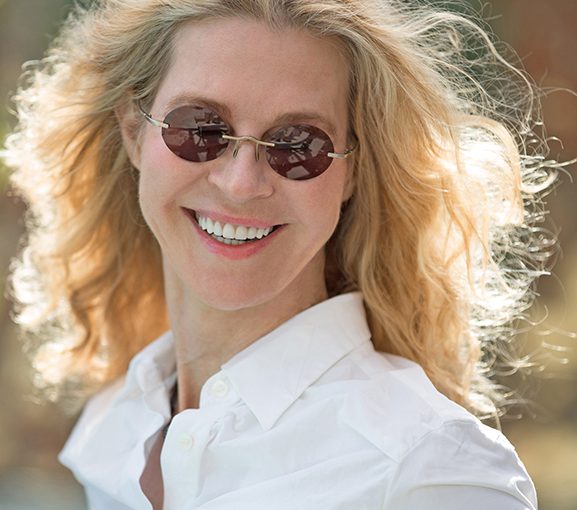 Isabella Graef, M.D., is a scientific co-founder of Eidos Therapeutics and a faculty member at Stanford University. Dr. Graef’s medical training, together with her research training at University of California, Berkeley and Stanford, led her to address questions at the intersection of medicine, biology and chemistry.

The Graef Lab at Stanford pursues genetic and chemical approaches to identifying points of disease intervention and seeks to develop therapies for diseases caused by aberrant protein aggregation. Dr. Graef, together with Dr. Mamoun Alhamadsheh, spearheaded research that led to the discovery of the TTR kinetic stabilizer AG10, which is now the lead molecule at Eidos Therapeutics.

The Edison Awards recently spoke with Greaf about her interest in science, what its like to be a female scientist, and how her company is leading the way in innovation. Here’s what she had to say: (edited for brevity and clarity)

My love of science started when I was a child in Austria. From the ages of eight to 10, everything I looked at went under a microscope. I’ve always been interested in understanding how things work and coming up with new ways to solve problems. The university I chose didn’t offer a biology major, so I pursued medicine instead. I also studied architecture, which was another passion of mine.

As a medical student in Austria, there was no support structure for me and discrimination based on gender was overt. When I arrived in the United States after medical school, it was like a breath of fresh air. Women were thriving in laboratories and achieving accolades alongside men. This does not mean that there is no gender discrimination in the U.S. There is, but the climate here is certainly much better that it was for me in Austria early in my career.

There is both a selfish and a selfless drive in the sciences for me. I have found nothing more exciting in this world than having a scientific insight and being the first person to have discovered it. The feeling is addictive. But I also I know that my discoveries could make positive changes in people’s lives, and that also is incredibly gratifying. Both of these factors keep me driven to move forward with my academic research as well as with compound that’s now being advanced by Eidos Therapeutics to treat the rare disease TTR amyloidosis.

Share with us a few of your career highlights.

I can point to a few papers that represent some of my proudest career highlights as a scientist. In 2006, work I published in Nature showed that destabilization of a calcium-regulated signaling pathway, on which I had been working since 1998, explained a lot of the developmental defects associated with Down syndrome.  An earlier paper in 2004, in the journal Science, suggested a small molecule that might have been applicable as a therapeutic for Alzheimer’s disease. Finally, a paper published in 2011 in Science Translational Medicine forms the foundation for the work that is now occurring at Eidos — the company is testing a small molecule that can stabilize specific proteins that fold incorrectly in the disease TTR amyloidosis.

Eidos is working to take discoveries I made with my colleague Mamoun Alhamadsheh on small-molecule stabilizers of the transthyretin (TTR) protein. This is the protein that, when misfolded, causes the rare disease TTR amyloidosis. There is no FDA-approved medicine for TTR amyloidosis, and the disease is quite devastating for patients and their families, so this is a highly meaningful project to me.

I would have to point to the work that led to the creation of Eidos Therapeutics. The molecule is getting very close to human testing, which will be a significant milestone. The drug, currently known as AG10, works by stabilizing the protein TTR that otherwise can misfold and form aggregates, which accumulate in patients’ hearts and peripheral nerves. Due to this discovery, I’ve been able to work with an amazing team of entrepreneurs who are very interested in developing the molecule and pushing it towards the market so patients can benefit. It’s been an adventure so far, with many successes along the way.

The backstory of AG10 begins when building on the work published in Science in 2004, we were studying compounds that might help patients with Alzheimer’s disease— another disease involving misfolding proteins. In the course of these studies, we screened for and found small molecules that bind and stabilize TTR. Looking back, I’d say it was a combination of hard work and luck, as most discoveries are. This molecule bound exactly where we wanted it to, and with near-perfect selectivity — which people involved in drug discovery can tell you is very difficult. We knew right away that this molecule was spectacular. And now, in a manner of months, it will be tested in humans for the first time.