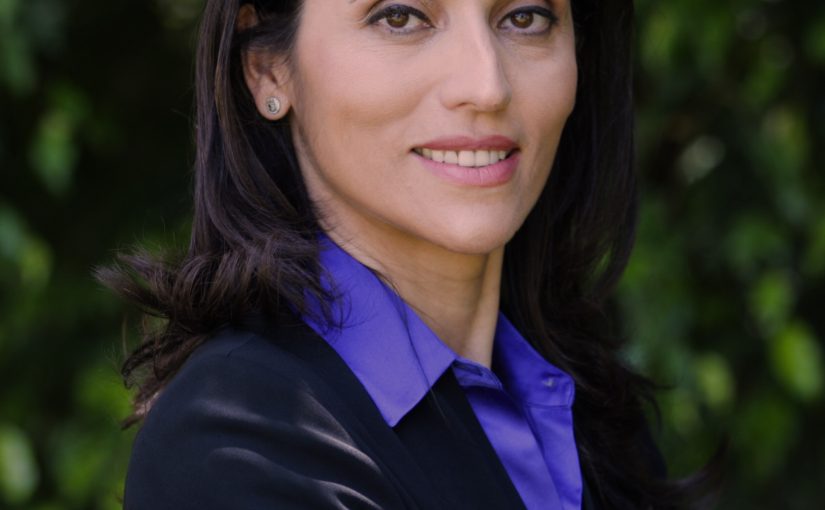 Maryam Rofougaran is Co-CEO/COO & Founder of Movandi. She is a transformational inventor, technology executive, and entrepreneur in the field of electrical engineering, with a focus on wireless technologies. She was co-founder of Innovent Systems in 1998, and has been listed on the National Diversity Council’s Top 50 Most Powerful Women in Technology. Maryam was instrumental in starting and building the wireless business at Broadcom and in growing it to annual revenues of more than $3 billion. Maryam holds over 250 issued patents.

The Edison Awards recently spoke with Rofougaran about her interest in science, what misconceptions she feels people have about the fields and some of her career highlights. Here’s what she had to say:(edited for brevity and clarity)

My interest in science started when I attended middle school when I became more involved with science and all of its wonders. I always enjoyed math and later, physics, because it was real life applications of math, and I liked to challenge myself with solving difficult math and physics problems. My interest in engineering started when I attended college and enrolled in engineering courses that were focused on applications of math and physics.

I was one of the very few female students in my engineering classes and in the only female my engineering lab course, but I was mostly focused on my studies and did not let being a minority in my field affect me. Also, my older brother was a senior in the same engineering department as me and he was always very supportive to me and encouraging. I also had two close friends in the same school and same field that were very supportive so that made it easier.

What I like about my field and work is that you get to solve challenging, practical problems and find solutions to problems and develop advanced technologies that can greatly impact the world and people in a positive way. These technologies and solutions can have impact in many different areas and applications and make people’s lives easier. Unfortunately some people have misconceptions about engineering, believing it is a field where one can get isolated and only work with computers.  But, engineering can be very interactive, working and collaborating with many people and building teamwork.

At UCLA I was part of a team that pioneered radio design and its integration in digital CMOS process, a low cost process that was only meant for digital design.  That was considered to be not doable at that point of the time. I cofounded a company called Innovent System, which enabled low cost and low power short-range communications focused on Bluetooth and wireless LAN. Two years after cofounding the company, we sold it to Broadcom.  I also helped build and grow the wireless business at Broadcom that developed almost all the wireless standards including Bluetooth, WLAN, GPS, FM, NFC, ZigBee, Cellular (2G, 3G, 4G), Femto radios and also backhaul and 60Ghz 11ad radios. We shipped more than 1 billion radios per year. At Broadcom, developed the industry’s first combo chip SOCs that had a few standards on the same chips such as BT/WLAN/GPS  Co-founded Movandi to focus on the next generation of wireless for gigabit wireless applications.

We are developing an IP and enabling frontend technology that can make wireless gigabit applications such as 5G, indoor Gigabit connectivity, satellite high bandwidth communication affordable and very high performance. This technology is in millimeter range where there is enough spectrum for high data rate and therefore has many challenges to be solved such as high path loss, and blockage etc… We are solving these issues.

That is hard to say. I think the integration of radio into the digital CMOS process and also making the combo chips with a different standards on the same chips revolutionized the wireless communications. These were very important.  The next one would be what we are currently working on at Movandi –millimeter wave to enable gigabit wireless communications.