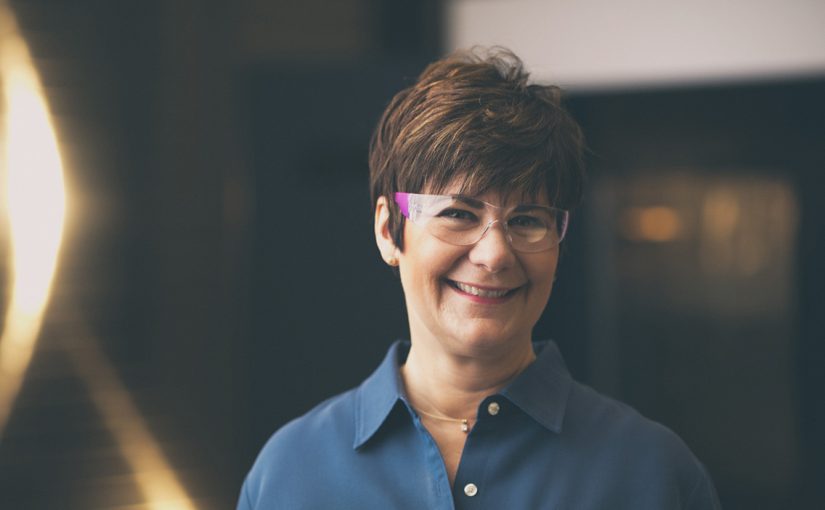 Stacey DelVecchio is the Additive Manufacturing Product Manager for Caterpillar Inc., leveraging the technology in a variety of spaces, including New Product Introduction, supply chain and operations. Her team is focused on deploying the technology by working with Caterpillar product groups on design for additive. DelVecchio manages the Additive Manufacturing Factory, which has a wide range of printing capabilities. She was the keynote speaker at the 2017 Additive Manufacturing User Group Conference and has been quoted in numerous technical magazines on 3D printing. DelVecchio holds a B.S. in chemical engineering from the University of Cincinnati in Ohio. She was the 2013-2014 President of the Society of Women Engineers and named a Fellow of the society in 2015. DelVecchio is the secretary of the Women in Engineering Committee for the World Federation of Engineering Organization, representing the American Association of Engineering Societies, and is championing global expansion of the Society of Women Engineers.

The Edison Awards recently spoke with DelVecchio about her interest in science, what misconceptions she feels people have about the fields and some of her career highlights. Here’s what she had to say:(edited for brevity and clarity)

I loved math from a very early age, going back to grade school. My passion for science was a natural complement to math. I was fascinated with the problem-solving aspect of math, but science was where I could see real-world examples of what had already been discovered and the possibilities of what could be discovered. In 7thgrade, I remember writing a paper on how a refrigerator works for my ‘everyday science’ class. What little girl in 7thgrade does this? Maybe one who is destined to be an engineer. In high school physics, we had several labs that used wave tanks, which are clear, shallow tanks with a mechanical arm to create waves. It was such a simple yet incredibly effective way to bring reality to something as vague as sine waves or sound waves to a person like myself, who had never heard of such a thing. As I reflect on my younger years, it’s difficult to say when this interest began, because I feel like it’s always been there. Science was all around me—in school, in nature, and at home—and it all made sense to me.

What was is it like to be a woman studying in your field?

In high school, I loved learning and graduated at the top of my class. I had some very encouraging math and science teachers who created an environment that left me with an impression that I belonged. I didn’t realize that my interest in math and science was uncommon. Once in college, studying engineering was a challenge, but that’s not because I was a woman. It’s just because the course work was more challenging than high school. It was the early 1980’s. There were ~25% women in my chemical engineering class and one of my six roommates was also a female engineer, so obviously I wasn’t the only woman studying engineering. I thought the battles for gender equity had already been won, so I didn’t feel like I was different. Little did I realize that over 30 years later, the engineering workforce would still only consist of less than 15% women. At the time, I had a network of people to reach out to, consisting mostly of my classmates—both women and men.

Engineering affects just about every aspect of our lives. We live in an age where not only are engineers innovating every day, they are also putting their ideas to practical use to make the world a better place. That car you’re driving? An engineer designed it. The bridge you safely crossed on your way to work? An engineer designed it. And an engineer also designed the life-changing generators that are bringing clean water and electricity to developing areas across the globe.

I know there are misconceptions about what engineers do. People often think engineers work on difficult and technical things by themselves off in a corner somewhere, but they aren’t sure what the engineers’ work is or what the benefits of the work are. The world of engineering is so vast that it can be difficult to explain that engineers really do change the world, especially given the many different engineering focus areas out there today. The field of engineering is rewarding, challenging, and ever-changing. Personally, I’m responsible for Caterpillar’s 3D printing. I get to see—every day—new applications of this technology that I never thought possible.

Another career highlight was bringing the concept of one-piece-flow to our hose assembly facilities. One-piece-flow means you process only one part at a time, as there is waste associated with the part each time you put it down and pick it back up. This concept sounds incredibly simple and is now the backbone of lean manufacturing at Caterpillar; however, at the time, one-piece-flow was not universally understood or adopted. My team became versed in the details of the benefits and ran several Kaizen events to see how it would work. The results were a game changer, and we eventually migrated all our hose assembly plants to a version of the work we had done.

Several years ago, I had the honor of serving as the President of the Society of Women Engineers (SWE) world-wide. While this career highlight was not a technical achievement, there’s no doubt it was a career highlight. Serving as SWE President gave me a platform to advocate for gender diversity in engineering. In addition to writing numerous articles and blogs, I traveled around the world on behalf of the society, resulting in over 50 speaking engagements during my tenure. Some of the highlights included presenting to the U.S. Senate STEM Education and Workforce Caucus, presenting at the North American Gender Summit, and being the keynote speaker at the FIRST Robotics Championship.

At Caterpillar, we’re proud of our long, rich history (92 years!) of innovation and of the products and solutions we create that help our customers build a better world. And while history is important, it’s really the future that drives us. Every day, our teams across the world collaborate to develop the technology our customers need, leveraging our team members’ expertise to save customers time, money, and energy through world-class product performance. We also have a critical eye turned internally, to ensure our own processes—especially in product development—are cost effective and efficient, helping us get our products into customers’ hands faster than ever before.

My greatest success is with my current role as the Additive Manufacturing Product Manager. It’s probably been one of my biggest challenges, too. I’m responsible for implementing amazing 3D-printing technology at Caterpillar at a time when the technology itself continues to evolve. The rapid pace of change is a challenge as we work to validate and develop materials and processes, knowing that the industry itself is growing and changing at the same time. But we know that waiting for the pace of change to slow down is not the answer—because the likelihood of it ever slowing is slim to none. The benefits that additive manufacturing brings to our supply chain and component design need to be leveraged now. And this is where my biggest success comes in….

Starting from zero parts just a few years ago, we’ve now released over 80 3D-printed parts—not only to help our supply chain, but also to take advantage of improved designs. For our customers, Caterpillar’s additive manufacturing helps them increase uptime with a part that meets their needs. When customers’ machines are up and running, those customers are making money and operating efficiently. But parts on machines wear out over time, and need to be replaced. And sometimes customers have older machines with parts that aren’t readily available. With additive technology, we can print difficult-to-acquire parts in a matter of hours, instead of the weeks or months it might take to get them through normal channels. In light of the constant industry changes, I’m proud of what we’ve done in this space.